All posts By tag «Brick» 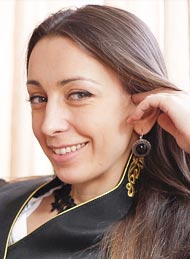 Bricks with holes for bees - good or bad?

In 2014, Green&Blue launched the production of bricks with holes that can serve as homes for solitary bee species. These bee bricks are the same size as regular bricks, but have a series of narrow holes similar to where solitary bees nest.

One-third of the world's food production depends on bees and other pollinators, with one in ten bee species in Europe on the brink of extinction. This is due to climate change, the use of pesticides that are destructive to bees, and disruption of the natural ecosystem.

Earlier this year, the city council of Brighton-y-Hov in England obliged developers to include bricks with holes for bees in the facades of buildings 5 meters high and higher.

Proponents of the initiative believe that such simple solutions will improve the situation and increase opportunities for biodiversity.

But a number of experts have also emerged who oppose it. They fear that mites and bacteria could breed in the holes, and this would increase the spread of disease. Professor Dave Goulson of the University of Sussex believes that the holes are not big enough to be a good home for bees, and that having one brick, even if in every house, is totally insufficient, it can only serve to assuage conscience, with no real benefit.

I think perhaps bricks with holes are not ideal and are not a panacea.

But it is better to do than to do nothing.

Using such bricks can make a difference, albeit a small one, along with increased planting area, etc. And their centralized use in new buildings can help to collect statistical data and prove or disprove their effectiveness.

The house, by Indian Architects, which I particularly liked. How well they managed to combine modern architecture and pleasing patterns! Two years ago I wrote a post about an ethno-trend that seems to be emerging. This house is a fitting illustration.

A lot of vernacular humanized design has been lost and replaced by a unified international approach, where any pattern or pleasing excess is perceived as a crime against the idea of rationality. And of course this approach excluded "old," "naïve" art as a relic, and ethnic design seemed to threaten the globalist project.

I'm all for finding a balance. You don't have to throw the baby out with the water. Corbusier is good, but this radical lacks softness. A house is not only a machine for living, but also a place of aesthetic experience. The house should be pleasant for the child and the old lady, not just the man in the suit. A home should remind us who we are, where we come from, and where we are going.

Ethnic style speaks to me on an even more general level - the level of millennia of human history. That's why it's so interesting to be in Indonesian villages. Traditional arts and crafts are alive there while building modern homes to please tourists. This unification gives birth to surprisingly comfortable and beautiful spaces.

Here are some details in the arch review on this house: archi.capital/howto/144 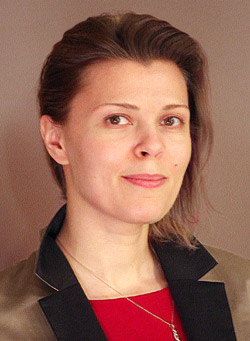 A classic house with a twist

This project is several years old, but I periodically return to it in my mind.

What is so compelling about it? What techniques made it memorable?

If all the walls were uniformly covered only in brickwork, it would make the eyes glaze over, and the protruding part with the garages would detract attention.

So I decided to highlight the central part of the house with lighter plaster, and to make it not look like a foreign spot, lay out on it a mosaic decorative panel, to tie in with the mottled brick.

Pay attention to the decors, they are not all around the window, so as not to overload the house, but only at the top and bottom, to emphasize the openings.

The color of the window frames is graphite, in the tone of the roof; you have to agree, it would not be the same with white plastic.

The result is an interesting example of an understated classic, but with a twist. 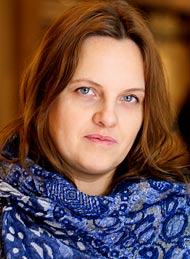 How to make your house look like an English mansion?

I'm sharing what techniques I used in a recent project.

Second, the noble color combination of blue shutters and reddish brick. This color pairing is rarely seen here, and for good reason, in my opinion. The roof color is graphite, the most inconspicuous, so as not to draw attention away from itself.

Third, instead of the classic decors around the windows, decorative vertical brickwork.

Fourth, the same belt of brick serves as a conventional boundary between the plinth and the wall, and also serves as a crowning eaves under the roof.

Fifth, a strict pattern without unnecessary curls on the wrought iron fences.

I think we got a good example of style, correlated with modernity.

We are working on a project. The façade designs that resonate with the client include the façade styles of half-timbered, Tudor and Provence.

We try on different variations on the house.

The customer opted for a striking look with contrasting half-timbered decor.

What made the facade so evocative? Firstly, the horizontal layout of the decorative cornices; secondly, the treatment of the walls with natural materials in relief; thirdly, the construction of the plinth at different levels.

The most contrasting part of the trim — is the upper, stucco floor with dark wood (half-timber) decoration. On the lower floor, we already used light decors in window frames to make them stand out against the colorful Bavarian masonry tiles. The light color of the stone of the plinth with its interesting pattern makes the house easier to look at individually and as a whole on any floor.

Even though it's almost 15 years old, it looks current and fresh.


The bottom of the building is finished with dark-colored brick, which creates a powerful, stable, rough look. The top floor, by contrast, is light, in wood, with geometric patterns. Particularly interesting is the band of glass around the entire perimeter, dividing the floors and allowing daylight to enter the house.

In the upper floor, on the other hand, the light is very striking.

You'll also notice the corner window and the original shape of the roof.

One of our latest projects.

The contemporary house with laconic planken and brick tile finishes. The combination is so good-looking and widely used that it could be considered a well-established classic. The wide balcony band and stoneware plinth enhance the building's horizontal lines, and the The intricate lighting system with different scenarios accentuates the geometric volume.

The individual flecks of dark brick draw attention. There are a lot of ready-made collections, and there are a bunch of contrasting ones (Bavarian masonry). But in ready-made collections mottled bricks or clinker tiles are mixed in roughly equal proportions. And to get the effect as pictured, you need to take one basic collection and mix in a small amount of contrasting bricks from another collection. And you get a unique beauty that no one else has.

It's even possible to make individual figures out of bricks, I once wrote about historical ornamental masonry, but there's a place for that in modern architecture too!"

The finishes use wood and brick. The long side walls are clad in brick with an interesting technique, part of the masonry is traditionally horizontal and part vertically oriented. The blocks alternate in a staggered pattern. The main facade is entirely glazed, and almost all the interior partitions are also in glass, creating a sense of openness and welcomingness.

The architects —of the bureau Conifer.

Portal to another dimension

The house-manifesto proclamation of a new normality. The classic roof outline is hidden inside a cubic volume. The through-aisle  — central element of the design, the result of the evolution of the concept «patio». Almost all of the windows face inward, not outward, conveying the message of turning inward and reflection.

‹ previous posts
Practical issues of "The Secrets of Beautiful Facades"