The design of houses now uses the motifs of all eras. Of course, it's mostly stylization. After all, architectural functionalism, which emerged in the 20th century, seems to have been entrenched for a long time. However, any such stylization very rarely affects the windows of the cottage, although window openings can be made almost any way. This is especially true for traditional house styles.

Our experience tells us that the windows remain rectangular in shape even with the boldest wall decoration. Therefore, we have decided to make a brief excursion through the windows that are not usual for us, «non-rectangular» windows.

A double arched window, with a column in the middle. Often have an opulent, decorative appearance. 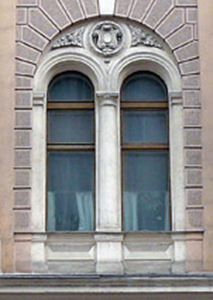 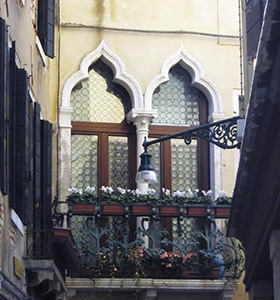 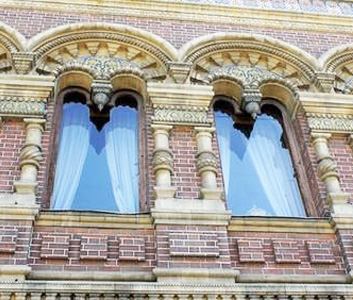 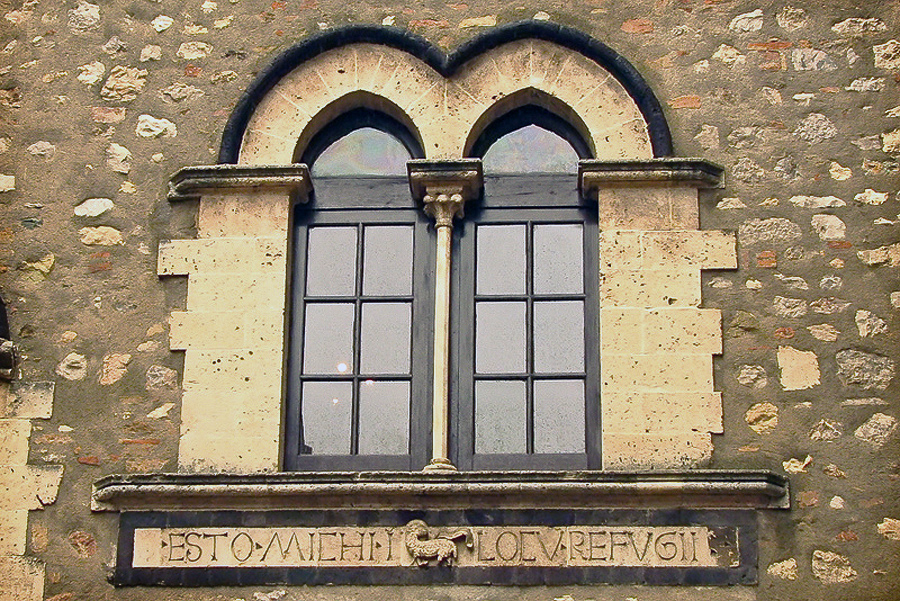 An arched window consisting of three parts, with one arch common to all window segments. Such windows came from "thermal" windows, which were placed at the top at the base of the arches. And those in turn from the Roman thermae. 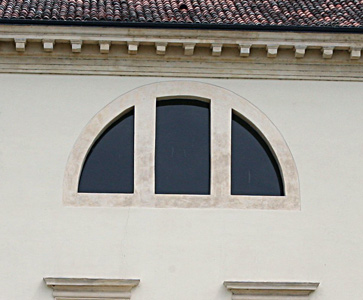 This is a narrow, elongated opening with an arched end. A characteristic feature is the shallow glazing. On the interior side, such a window usually extends from floor to ceiling. 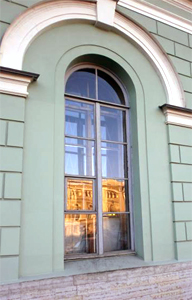 Went out of fashion about 200 years ago. This is when a semi-circular window is inserted into a rectangular frame. Usually accompanied by pilasters on the sides that hold the arch. There is a frieze on top in the entrevault. Even in St. Petersburg there are almost no such windows. The window is interesting for its contrast of semicircular and straight lines. Various variations on the motifs in the Neo-Renaissance are now preserved. 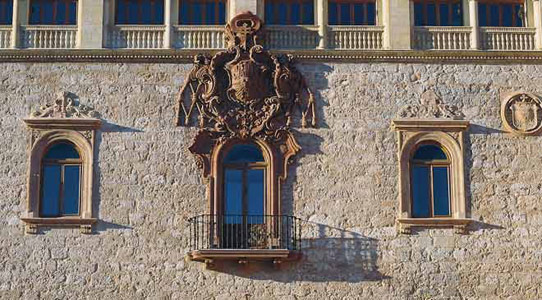 This is a three-part window in the middle segment, which has a semicircular segment. 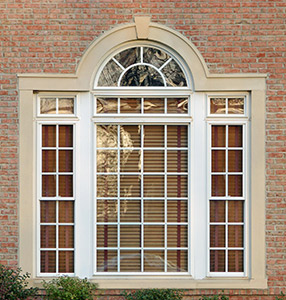 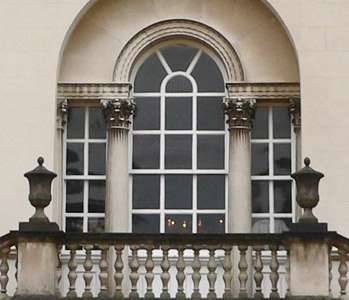 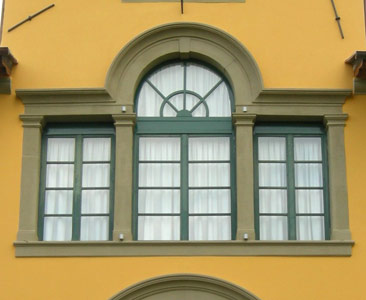 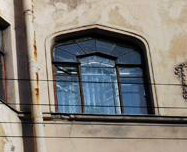 It is like one window within another. The aperture is usually arched and inside are two small columns or wide imposts which form two more vertical openings on the sides of the central window. The name comes from the 16th century architect Andrea Palladio.

An oval-shaped window located above a doorway. 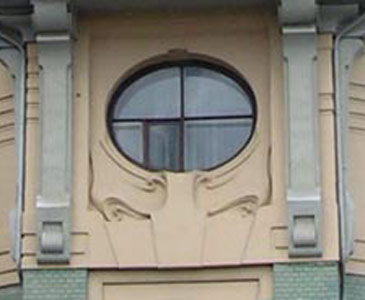 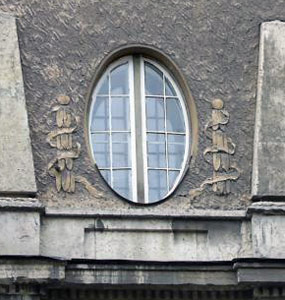 A window whose top consists of fan-shaped sectors. Also comes from Romanesque culture. 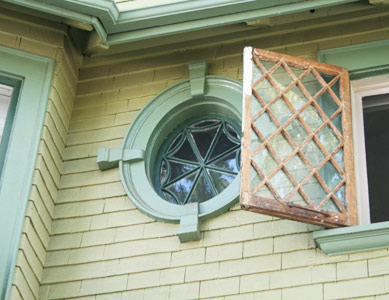 If you have high ceilings, you can make a second row of small height windows on top, this will be the mezzanine windows. They are used for better lighting. And they can be more than just rectangular. Here's an example of unusual rose-shaped mezzanine windows.

Consists of several arches joined by one large arch. 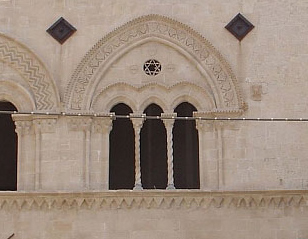 There can be languid rounding, asymmetry, and other unconventional beauties. 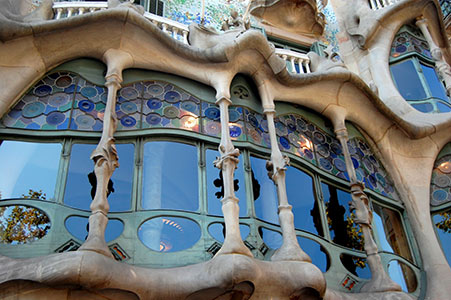 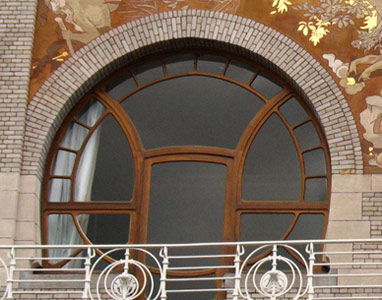 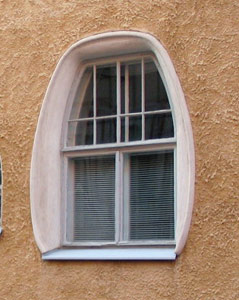 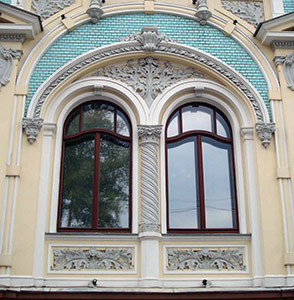 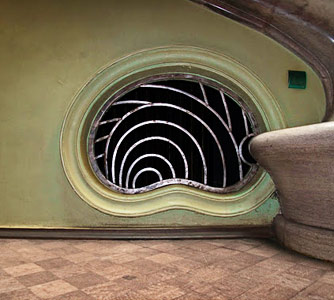 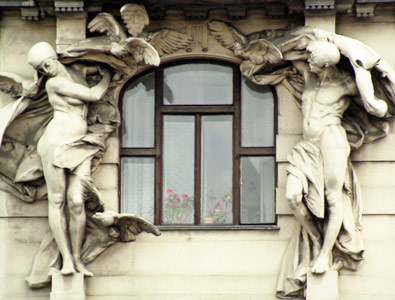 Many of the listed architectural window styles require large areas of facades. It is the Art Nouveau that remains current and organic in classic country home design, but it is the most labor-intensive to produce.