The development of the façade in the sacred sense

In the animal world there is also "facade construction", but these facades are more often than not just a mating decoration or a "mask" to mislead the enemy. Perhaps, there is an evolutionary potential in this, too, but it takes place apart from the consciousness of the creature, and, perhaps, it is also a natural manifestation, not a personal-creative one.

In the structures that accompany human life, a column would have been a surplus (not to be confused with a pole, stele or support). But when he needed to capture his idea of the world and his place in it, only the column became a reflection of man's involvement in the multiplicity of being. The capitol, of course, is a symbol of the participation of the upper world in human life. It took very little time for man to comprehend himself not just as a son of the earth (even technically armed), his self-consciousness began to reach heaven. Already in the 18th century B.C. Amenhotep III, pondering over the divine power of the earthly ruler, saw himself as such a reformer: on one of the sculptures in his ornaments there is the head of a ram, an attribute of the god Amon. Pharaohs also began to see themselves in the sacred space of the world, the center of power, finally - the representative of God on earth, and then the demiurge himself.

Did architectural knowledge come "from men" or from other spheres of being? Mentions of God's direct design and architectural involvement in human life can be found in the Bible, and they refer to objects and constructions of a kind never before seen in human experience. Before Noah, no one on earth had ever before had to build ships of such magnitude that they could hold thousands of creatures and provisions and various supplies for the new age of life. In building the Tabernacle for the Ark of the Covenant, Moses is given the most detailed description of what is to be done, expressly instructed that he should put up "the tabernacle after the pattern that is shown you in the mountain." And the third time, when the time came to build a substantial temple in Jerusalem, it was also a task beyond the abilities of the nomadic pastoral tribe who lived in tents. They had no experience of their own in such construction, no architects, no builders, no craftsmen to work the wood and stone.

From Pillar to Column

From the words of King David, "All these things are in writing from the Lord ... as he instructed me in all matters of building..." This is also where the descriptions of the columns placed at the entrance to the temple appear for the first time in the book: 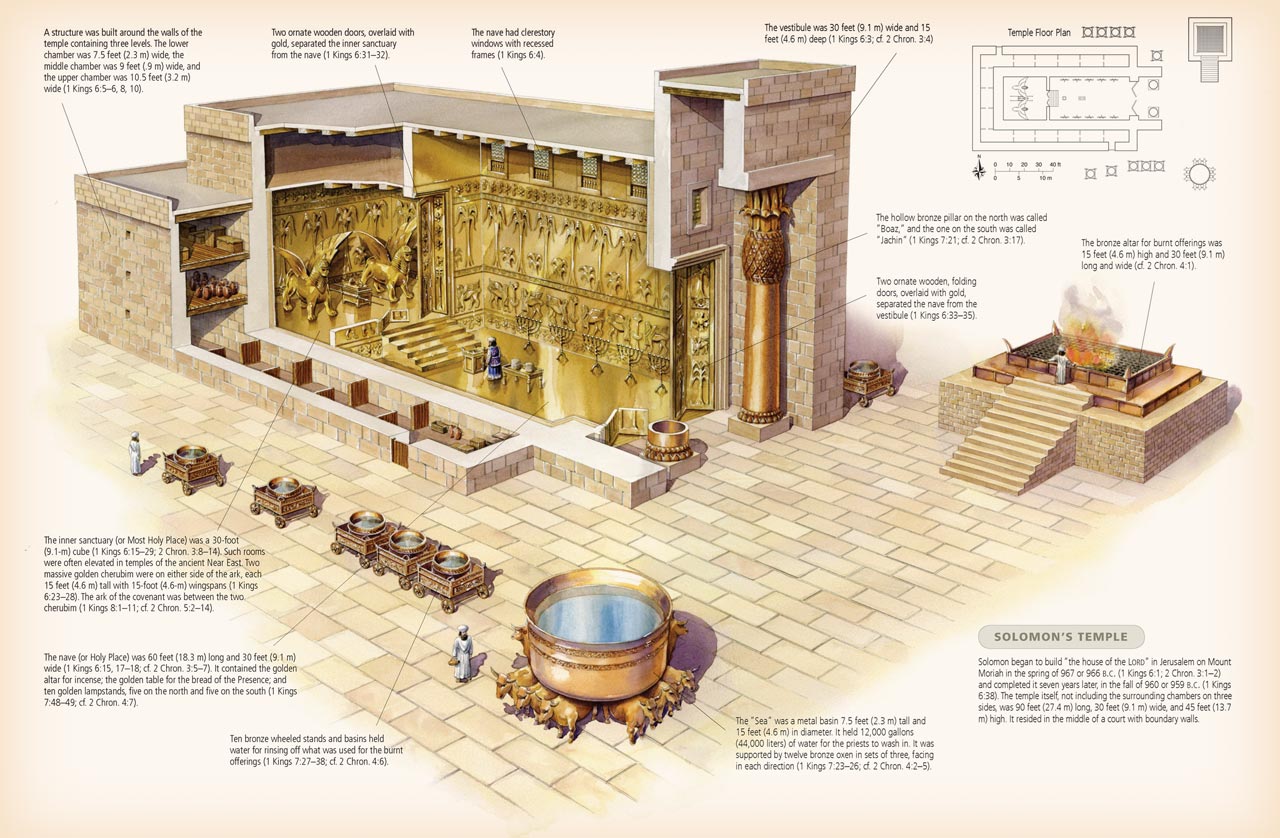 A Reconstruction of the First Temple of Jerusalem,
circa 10th century B.C.

For the nations who were able to appreciate and apply the pillar an entirely different era of life began, they received a "magic wand" that transformed space and human society itself. Humanity began to materialize the archetypes of heavenly harmony and strive in their thoughts, actions, social laws to aspire to these patterns. For the rest, culture and social relations remained at a primitive level. 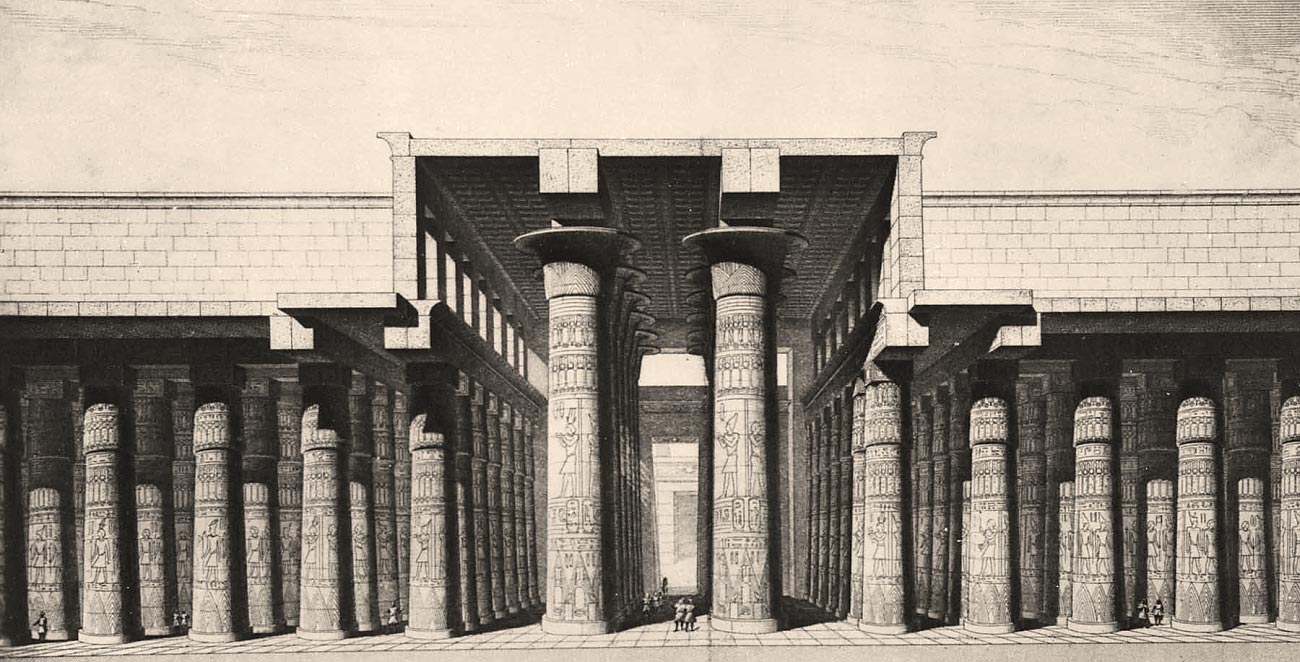 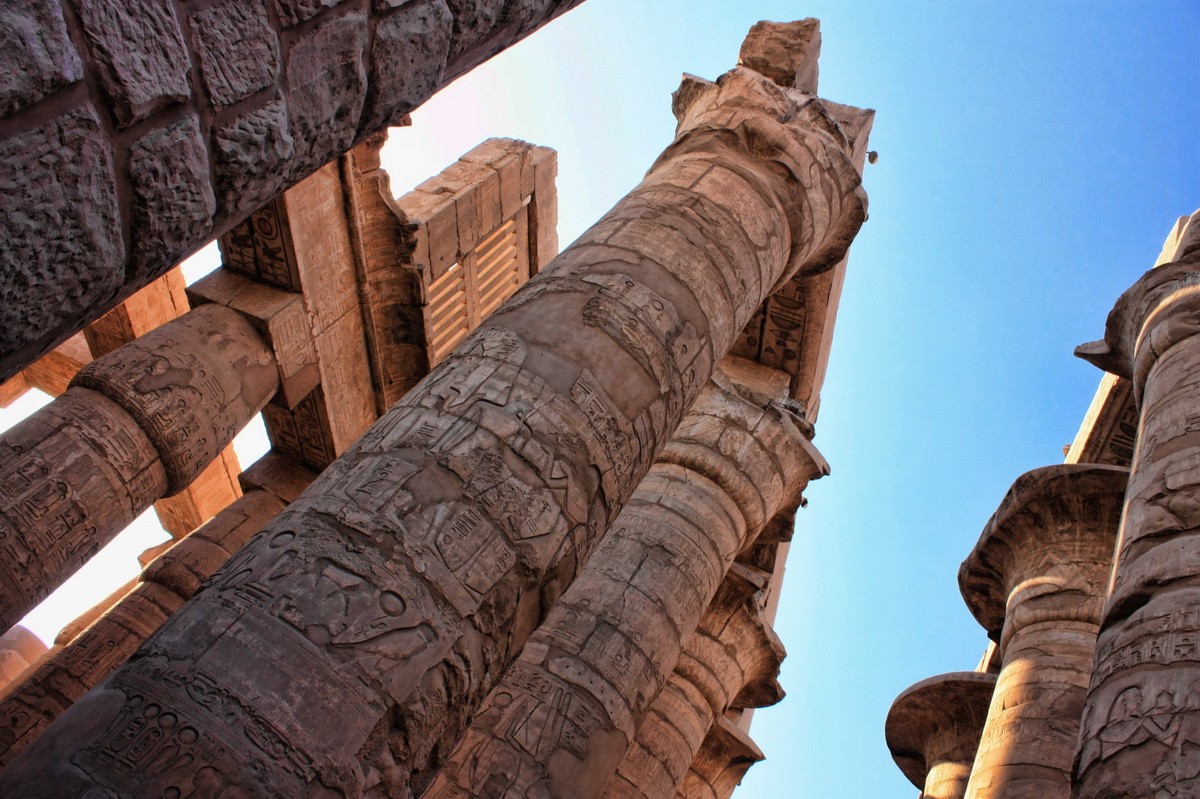 Facades with columns or other, specially composed, demonstrate the already "out-of-nature" condition of man, his special place in the world, overcoming the "pull of the earthly." He does not just arrange his dwelling or even a public building in a comfortable and beautiful way (as for example, in Mohenjo-Daro) but manifests his will in a special way and begins to feel the Promethean fire in himself.

With the development of Christianity, with the assimilation of the concept of the family as a small church, the whole space of the house tends to the prototype of a temple, with special elements of construction, correlation of parts, elements of furniture, attitudes toward individual objects (for example, the table - "the hand of God"). 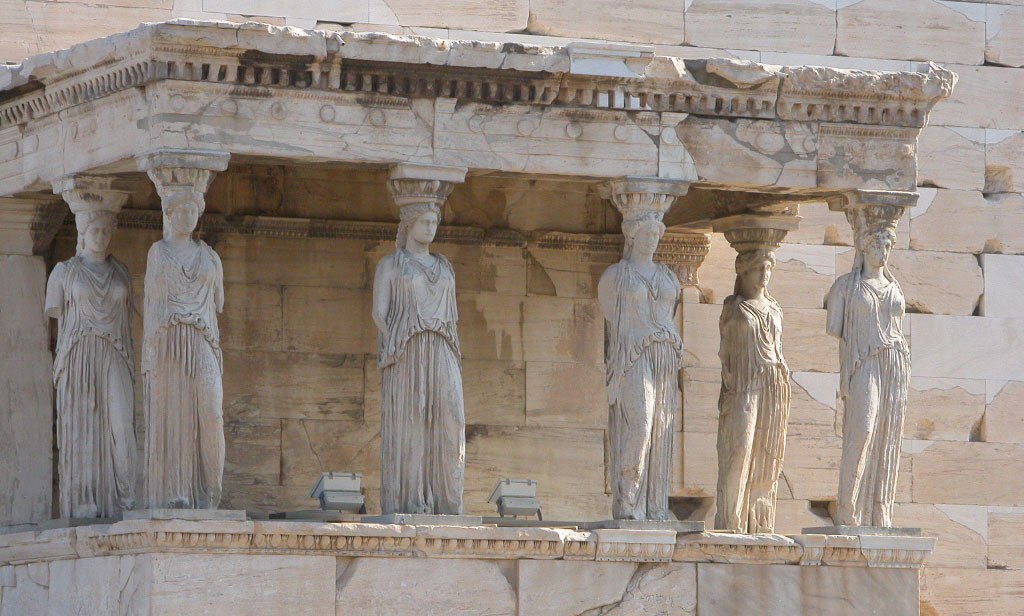 The new attitude toward housing is also reflected in the design of facades. In Mediterranean cultures, because of the mild climate and the abundance of easy-to-machine stone, columns became a ubiquitous element of building construction. Roman city buildings and rural houses are built on the best Hellenistic models, and the main facade is given even greater splendor, successfully combines elements of the newly developed vaulted structure with a rich collonnade and pediment, used Etruscan arches. New elements of urban architecture consisting only of facades are created: the triumphal arches. 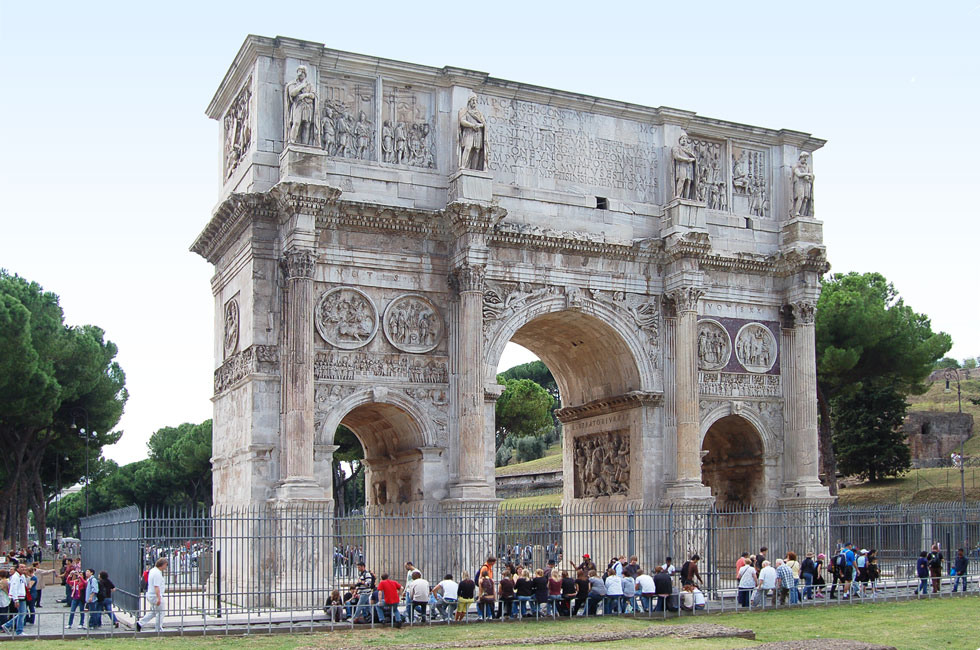 Constantine's Arch of Triumph in Rome,
built in 315.

New houses and temples become models in construction, their influence can be seen in the architecture of many nations and eras. Exquisite architectural forms, harmonious facades of different epochs and architectural styles says a lot about the masters of construction, about their involvement in the best examples of human creations, the continuation of traditions and striving for perfection in their field. Architecture promotes philosophy, music, jurisdiction, and social thought. Facades with colonnades, with arched elements and triangular pediments become a classic of construction, a silent testimony to the pursuit of divine perfection. 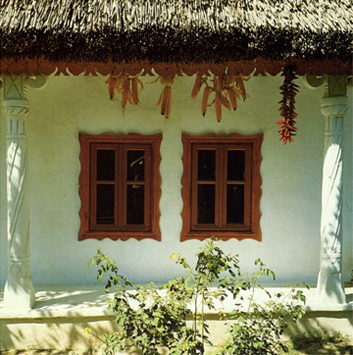 All the classical elements of the facade construction were lovingly used in the Russian estate architecture. In every corner of the Empire one could come across lordly manor houses with summer terraces in the form of Greek porticos, with beautiful molded pediments or, at the extreme case, with a "literary" mezzanine, with the front columned entrance, with an ivy-covered arbor at the back of the garden. Traveling in the south of the country, in some unknown wilderness, even today you can still find houses that testify to the piercing unity of views on the universe and existence and their place in it for people torn by political borders, language barriers and conflicts of history.

Modern facade design has been particularly influenced by advances in the science of material resistance, new discoveries in materials science, the cosmic aspirations of humanity, consumer philosophy, militaristic values, cronyism, strategic display of power and much else in different parts of the world. But we have to agree that an architectural (i.e. artistic) facade is always a representation of the future perfect state of the owner (or owners) of a particular house, and that is why we are often faced with the need to change the construction or design of facades, as goals and values in the current hectic era often change.

Visual aggression in architectureWhy we appreciate the appearance of buildings
This article was written by associates of facade design studio.