Today we're going to look at a very interesting topic - windows and their location in private homes. And we will do it on the example of private architecture in Finland. The climate and natural features of this country are comparable with our country in many ways, so that the methods of northern architecture are quite applicable in Russia. The time period that we will look at begins in 1920 and continues today. Why? Because exactly in the 20s of the 20th century, in the epoch of modernism in Europe, "Aalto's style" appeared in Finland.

The concept of "modernism" arose because it was necessary somehow to name a variety of architectural trends that emerged in 1920. We'll focus on two of them: "functionalism" and "organic architecture." "Functionalism" elevated technique to the rank of a driving architectural force. Form defined function. "Organic architecture" prioritized man and his needs, trying to emphasize his connection with nature. Two styles, seemingly totally opposite, united in the work of the Finnish architect Alvar Aalto. His works are inseparable from the environment and, at the same time, surprisingly functional.

Aalto believed that everything in a building should not be done by chance. The amount of natural light, the incidence of sunlight in the rooms, views from the rooms, the penetration of nature into the room and the unity of exterior and interior spaces are the fundamental characteristics of his and contemporary Finnish private architecture. 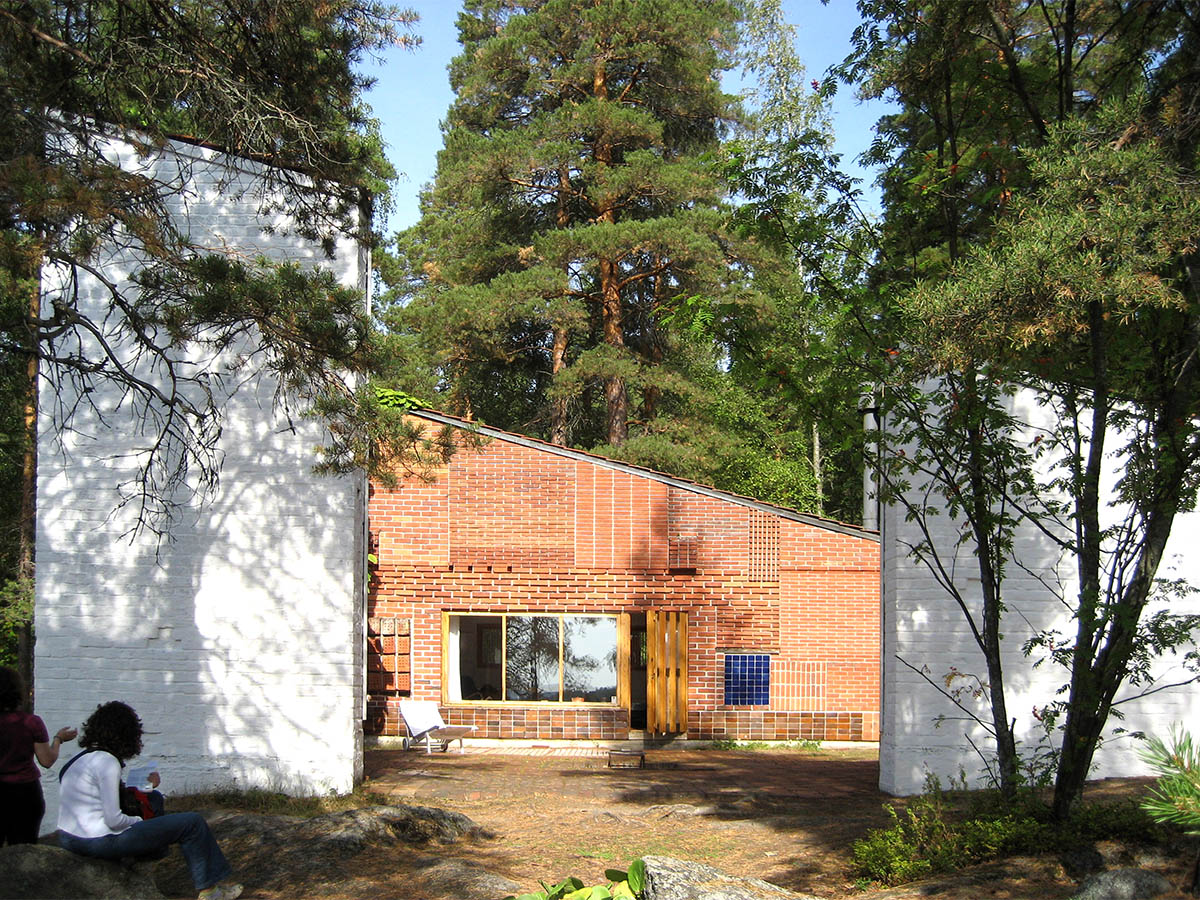 For example, for his summer house, the architect chose brick facades (he used more than 50 kinds). The window frames, shutters and doors are made of wood (over time it had to darken and further "blend in" with the rocky terrain around it). The depth of the foundation in the house was reduced as much as possible, as the architect worked hard on the idea of foundationless houses. All of the above methods were developed for maximum unity with nature. As you can notice, almost all the materials used for finishing the facades are ecological. And in order to make the facades of the house flow smoothly into the interior space, the same decoration materials are used in the interiors. But the most interesting thing is the windows!

The windows - a direct dialogue with nature. They are made so that through them you can see certain processes going on around, but not always be visible to yourself.

A window that looks out on the road to the house. Whoever comes up to your house is perfectly visible to you, but you are invisible to him because of the height and size of the window.

Window at door level, thanks to the elevated floor level in the interior, allows you to see the forest at adult eye level (on the opposite side of the wall is a special opening, which opens the view of the forest). At the same time, from such a window you can perfectly see everything that is happening in the courtyard. 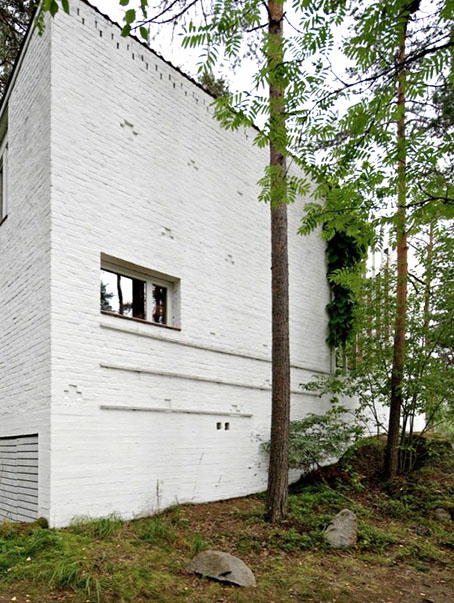 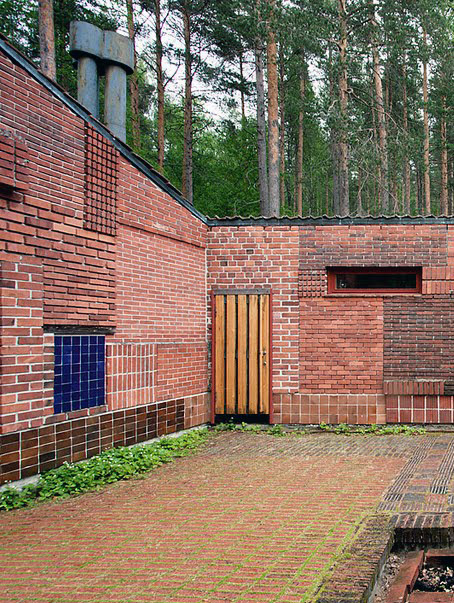 The window to the courtyard is of a slightly lowered height so that the person could comfortably sit beside it or, as in this case, on the window sill and observe the nature. 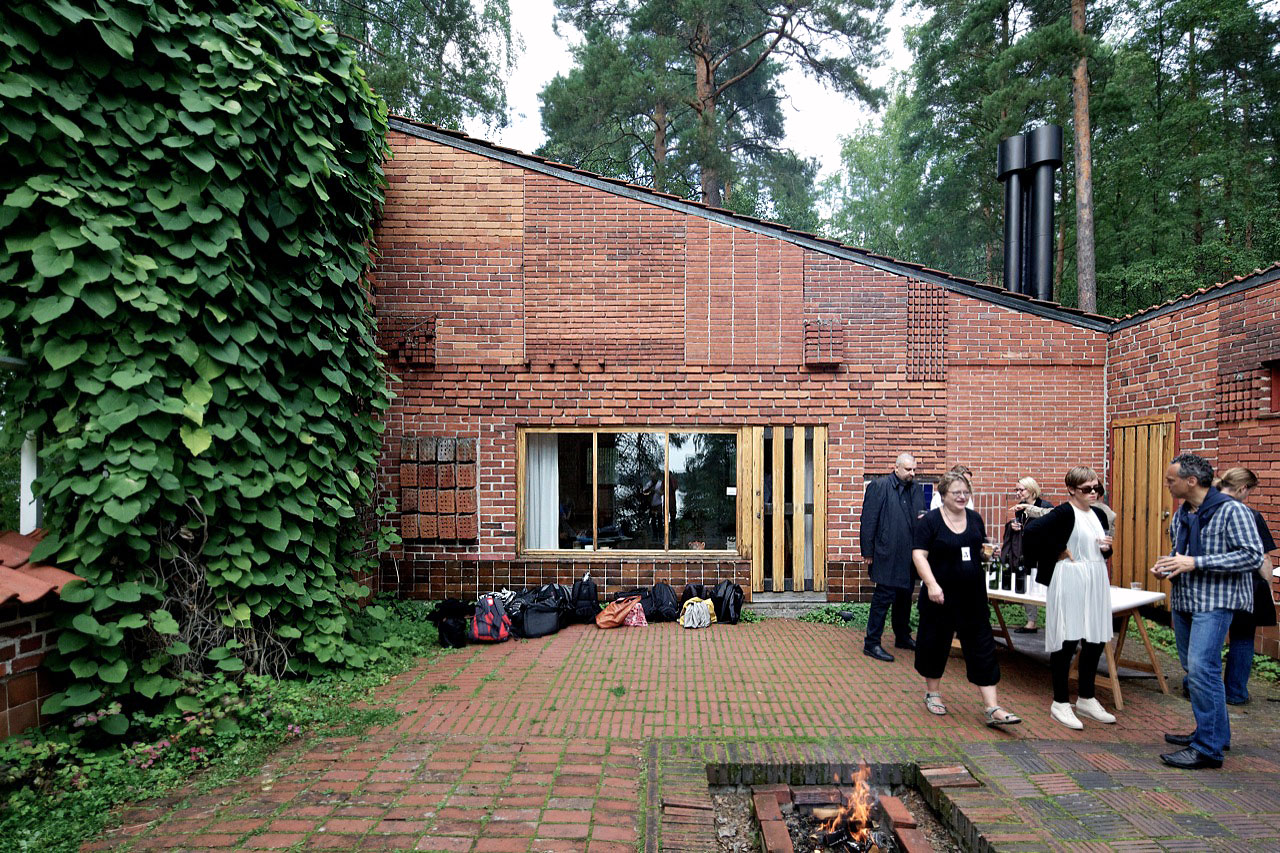 A portal obtained because of the purposely left empty space between two brick walls, letting nature into the house. 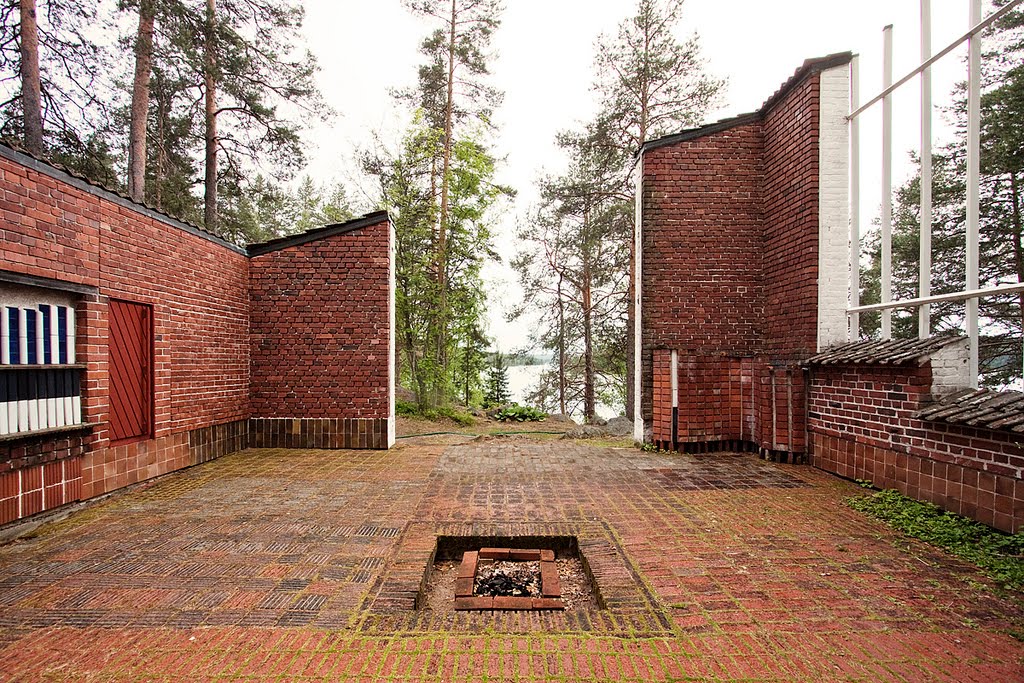 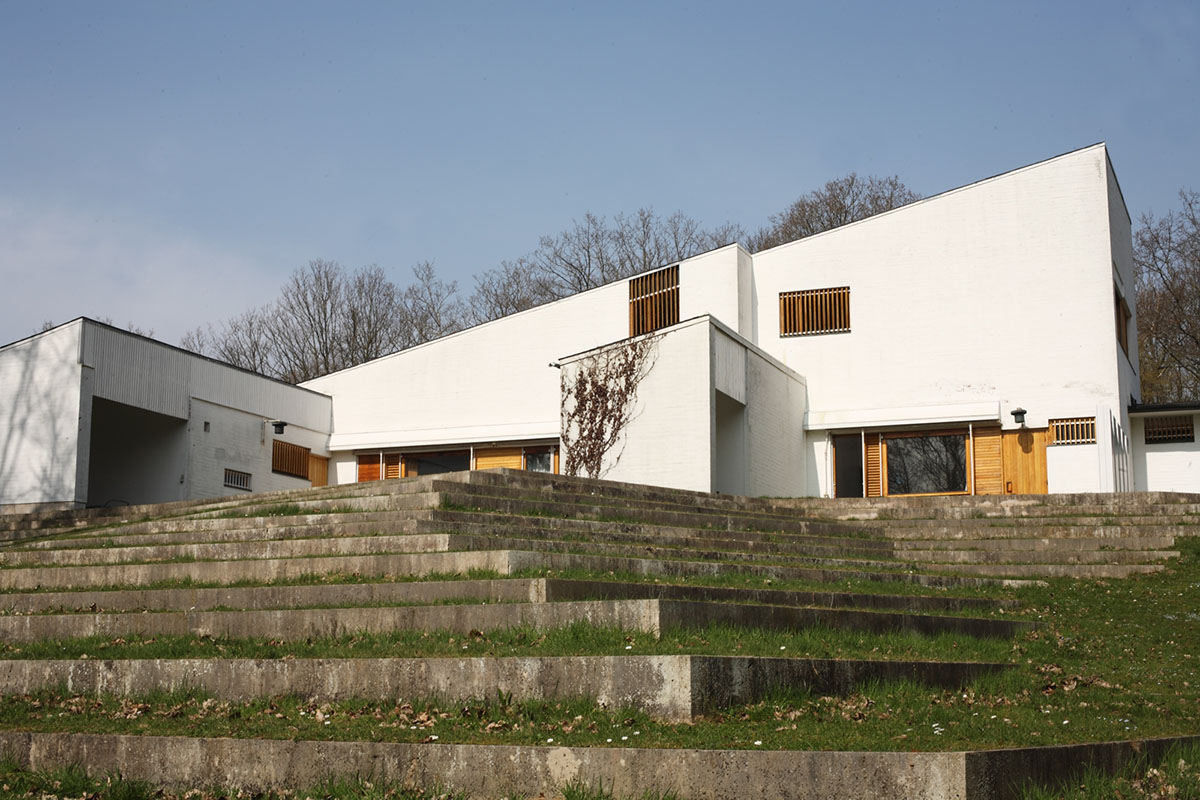 A window to watch the grass grow or the snow shimmer. Specially made "in the floor," allowing you to see the dew on the grass in the morning and the dog's footprints in the snow. It was curtained on both the inside and outside if necessary.

The window to the ceiling on the second floor of the house. The house, itself, is on a hill. Such a window allows a view of the sky and the edges of the trees. Decorative shutters, if necessary, were removed.

Window-painting. Due to its horizontal elongated shape, became a natural painting in the interior.

The square point window.. Is also a natural painting in the interior, revealing a view of the homeowner's favorite distances. As a technique, can be used to create a view of the owners' favorite tree, flower bed, lake. 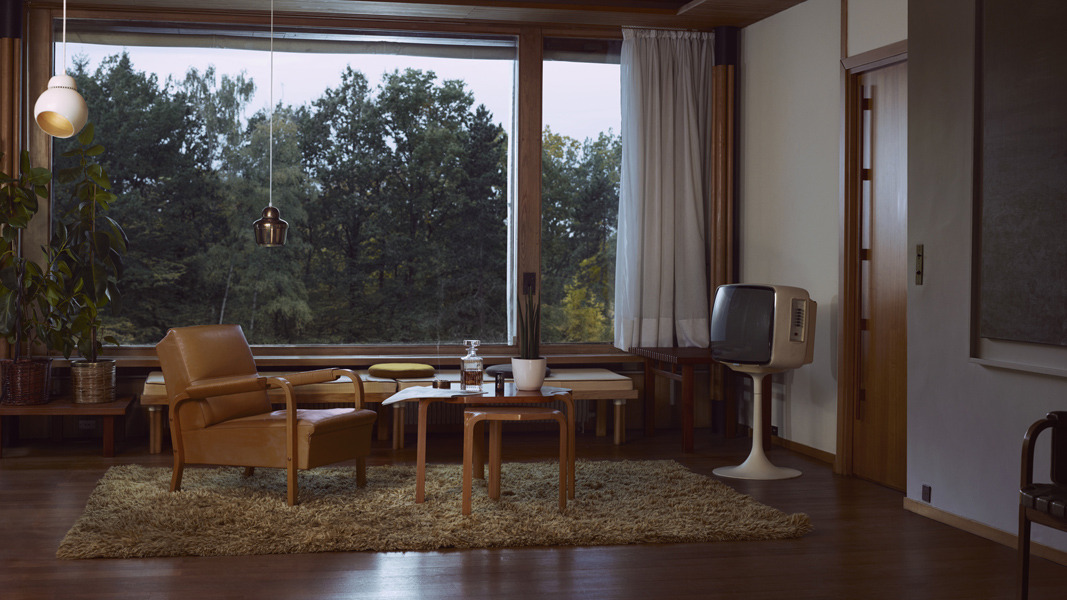 The view from the second floor windows to the tops of the forest.
The presence of nature in the house.

Aalto's Nordic style of architecture is continued by modern architects. But what about the windows?

Consider the architectural solution of the Finnish firm Huttunen-Lipasti-Pakkanen Architects.

The facades and interior of the building are a single unit here. The exterior continues in the interior through the use of wood and floor-to-ceiling windows. The landscape becomes one of the walls in the living space. 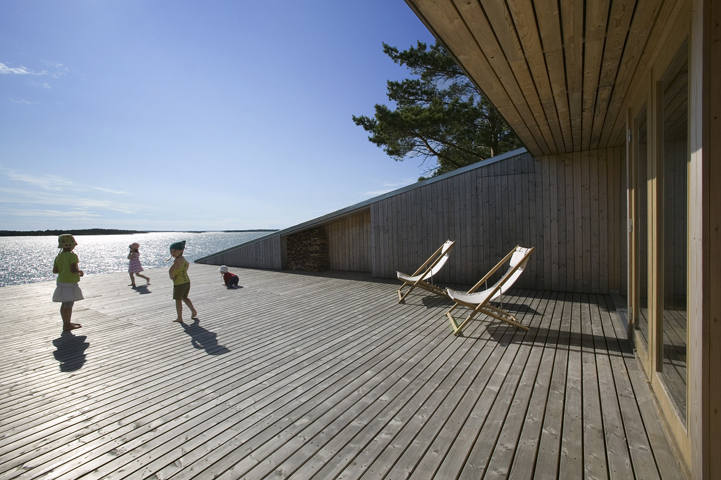 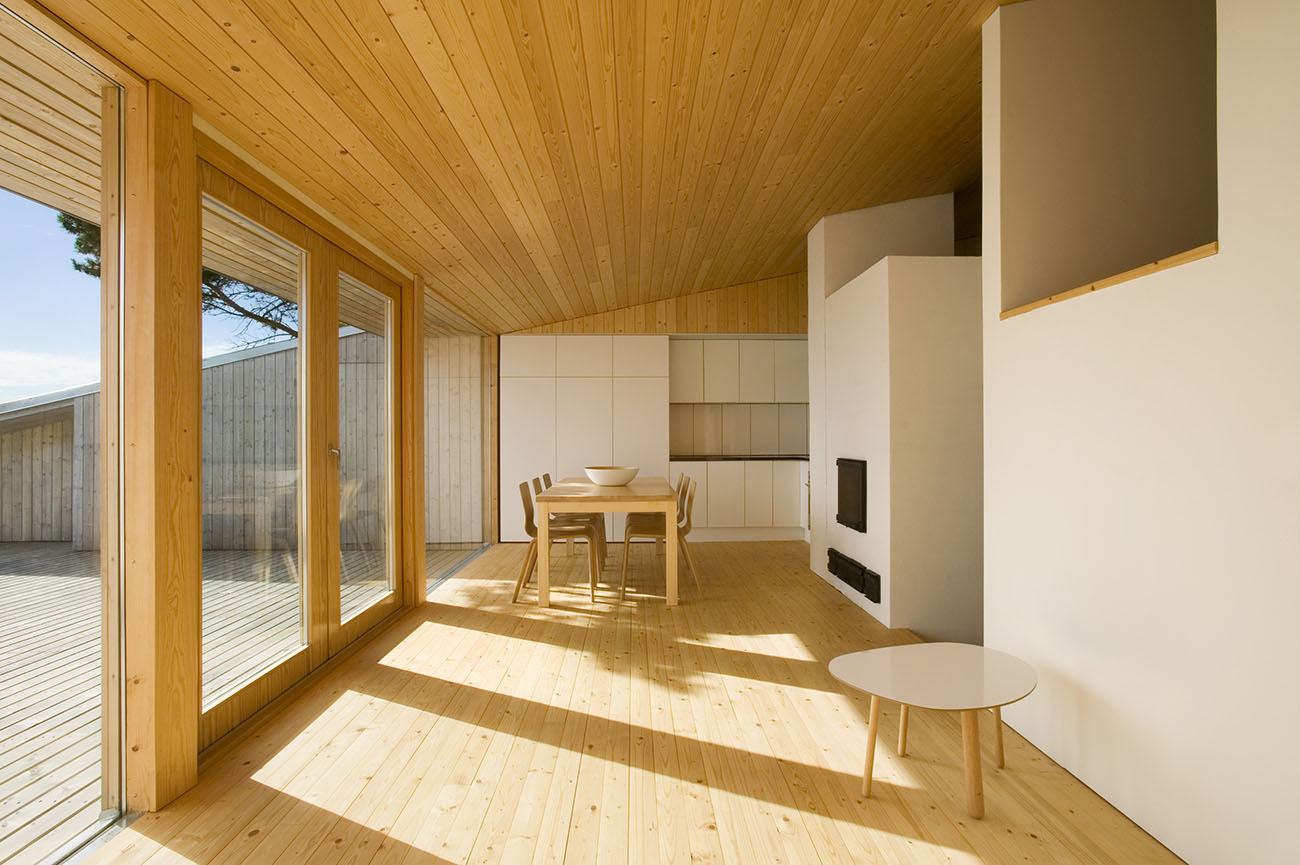 A strip window on the façade facing the backyard and a transparent rectangle door form "nature paintings" in the interior, framed by frames. Their distance from the dining table is calculated so that the landscape is visible. At the same time, the windows create an impression of privacy and intimacy of the interior space. From the front, you can not see the owners of the house and their guests because of the levels at which the windows are located. 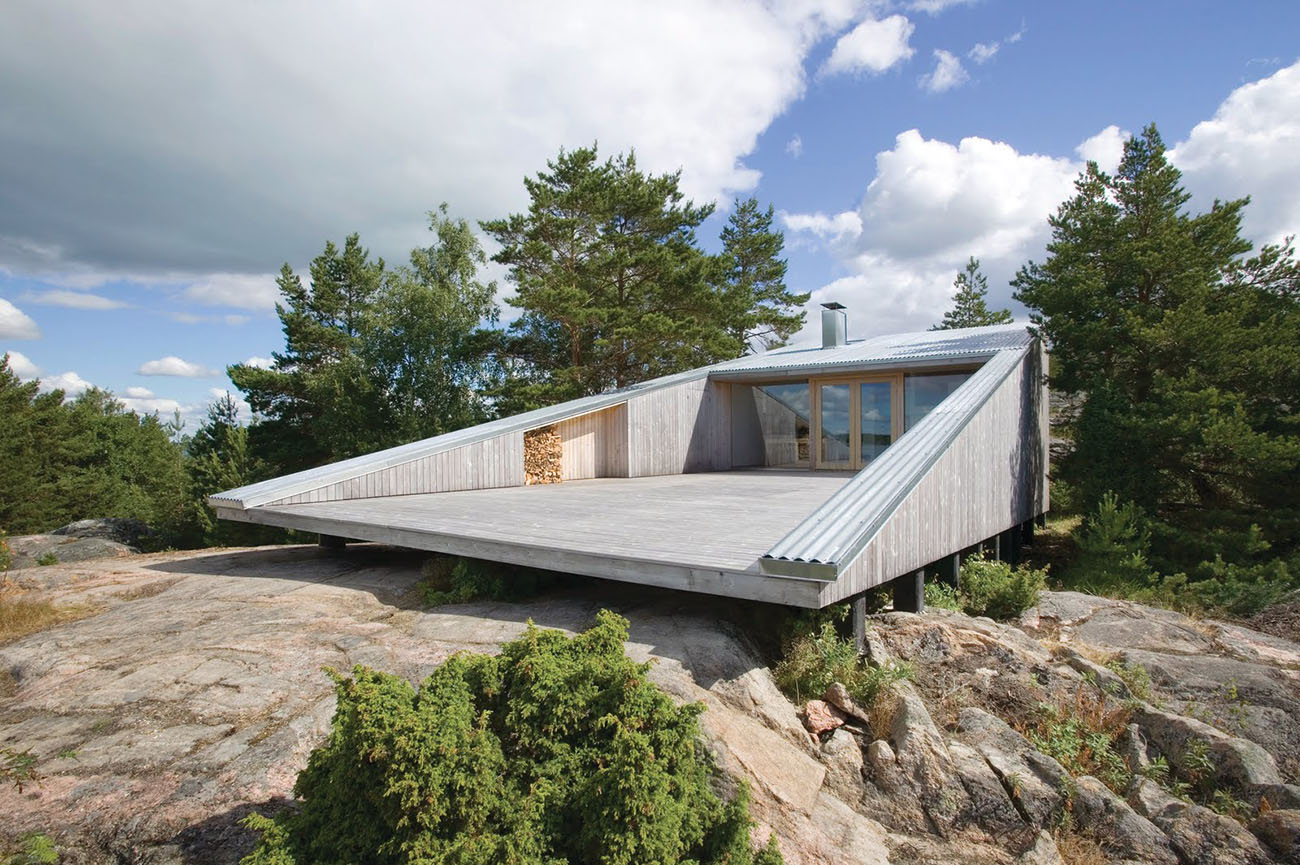 The next Finnish villa is made by Avanto Architects. Here nature becomes literally the building material and forms the walls of the house, with floor-to-ceiling windows. This villa is also interesting in the principle of the Villa Rotonda, Palladio. The windows in this project, as in the famous Villa Palladio, face each side of the world. 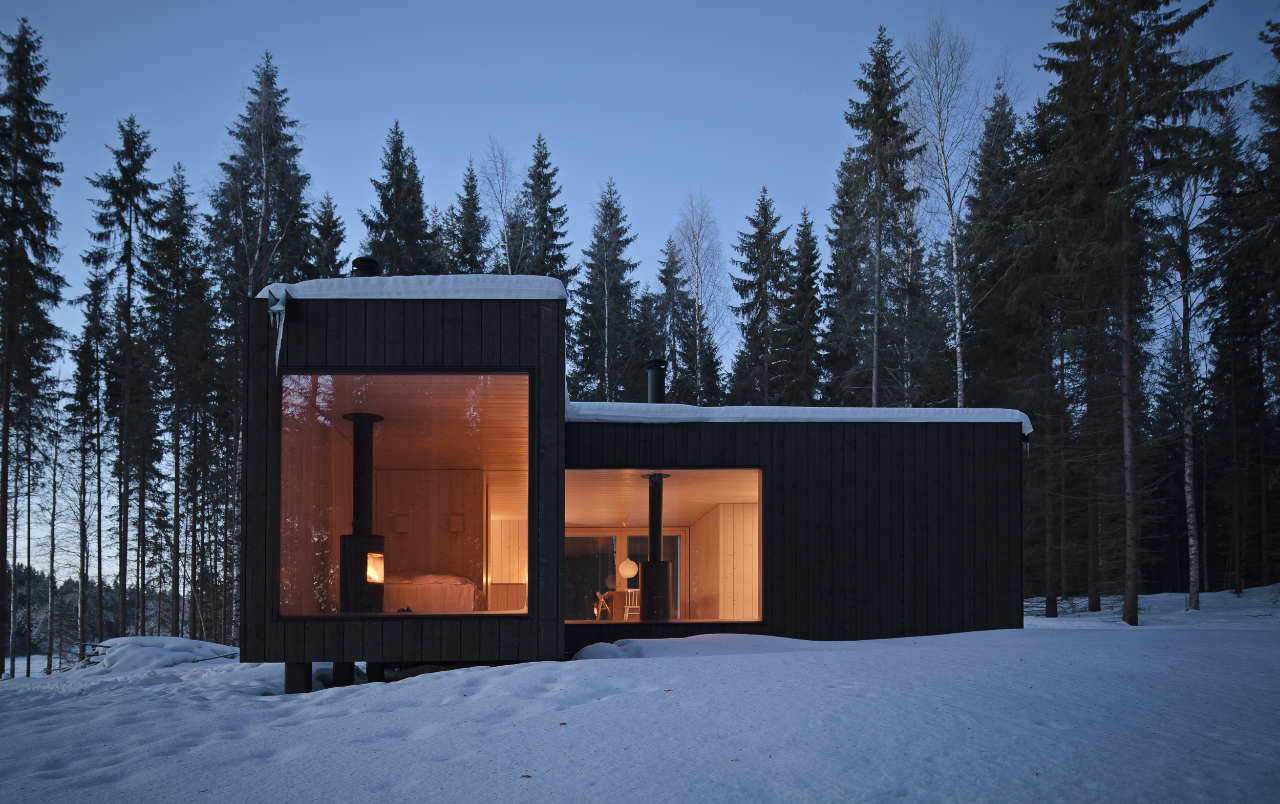 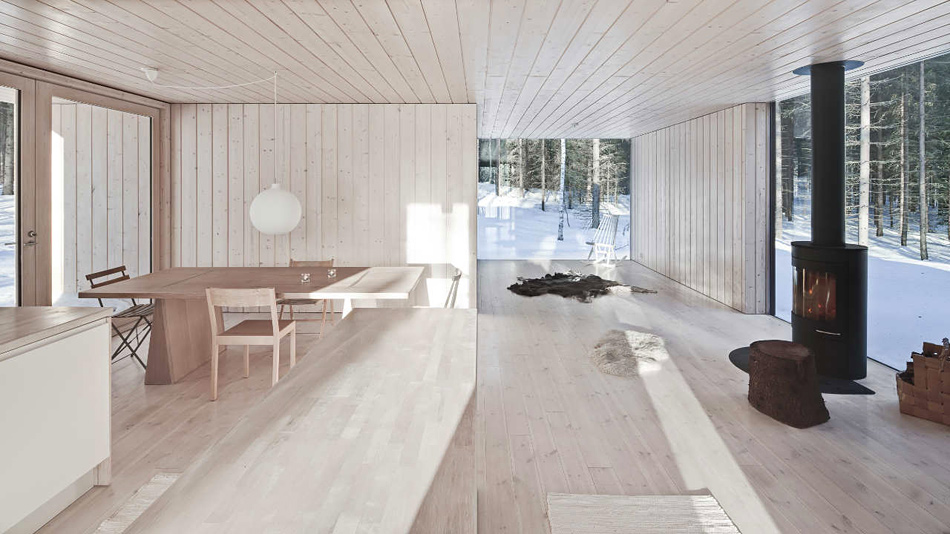 As you can see, windows are the most important element of northern architecture today. They come in different shapes and sizes, but they invariably serve to unite nature and architecture. Even in the harsh northern climate, they are relevant and comfortable. The most important thing is not to be afraid to experiment and then glass facades will make the house not an aquarium, but a comfortable space where nature, man and functionality coexist.