Our clients talk about "English style" houses all the time. And each one implies different things. It's time to get a handle on English houses. Let's get some clarity.

Let's get rid of excessive detailing of styles and historical peripeteia. Let's get rid of grand castles and huge residences. Fortunately, everything fits into a simple scheme. In the "classic" country private architecture of England can be distinguished three periods in which there were three images of residences. If we hear about the house in the English style, most likely we are talking about one of these three images.

It should be noted here that all of these once-formed styles are eagerly repeated by today's generation of architects and eagerly purchased by homeowners. They do not mix because each has its own canons, which cannot be crossed without leaving the boundaries of the style - English styles are very different.

A rustic medieval English house from fairy tales. The style proved stalwart despite the orderly architecture of the Italians, which pervaded Britain everywhere.

The features of the Tudor English style are brutal in appearance. Very tall pediments on the main facade, often of different sizes. A huge chimney, next to the front door on the main facade or to the side. Arched entrance. Small skylights. Sometimes imitation thatched roof.  Newer versions of buildings make large bay windows on the facades. 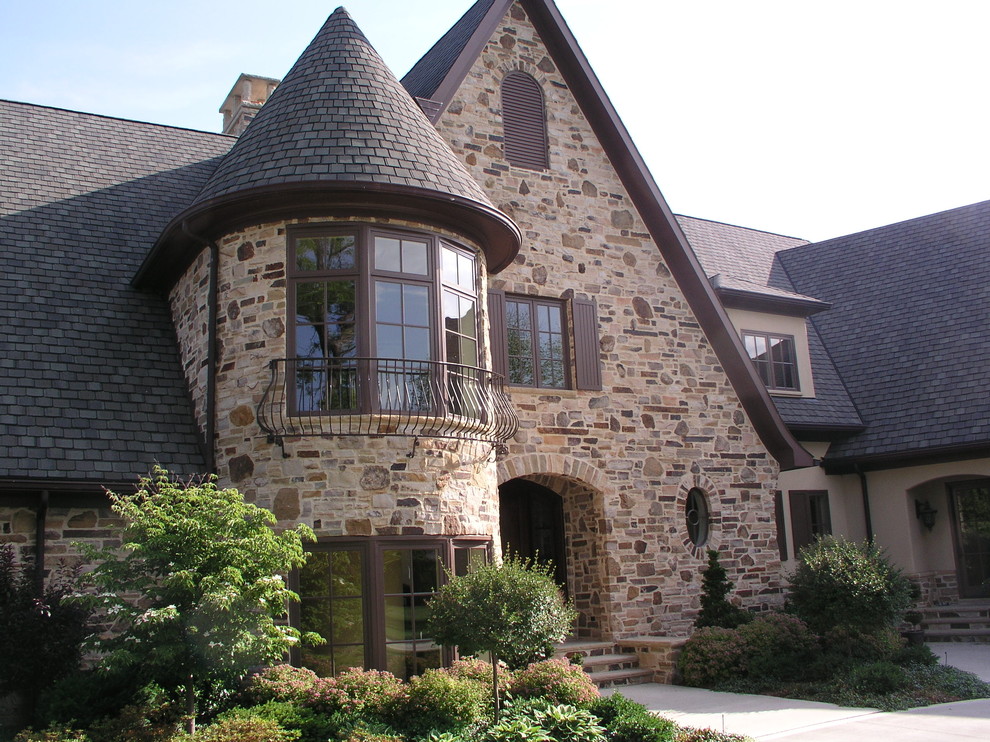 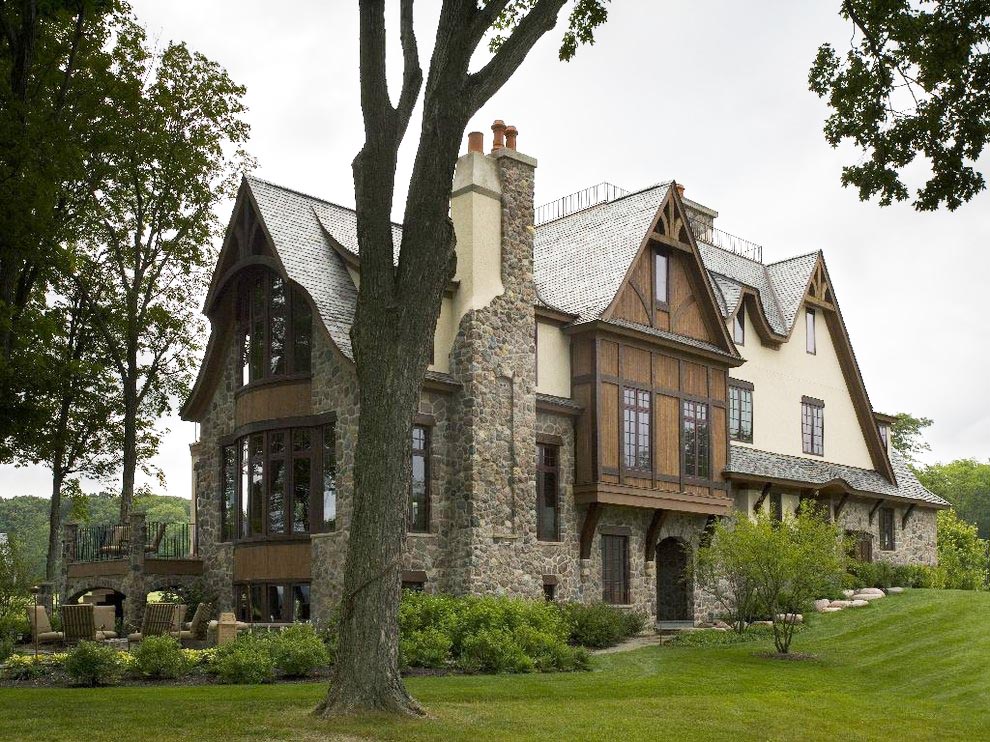 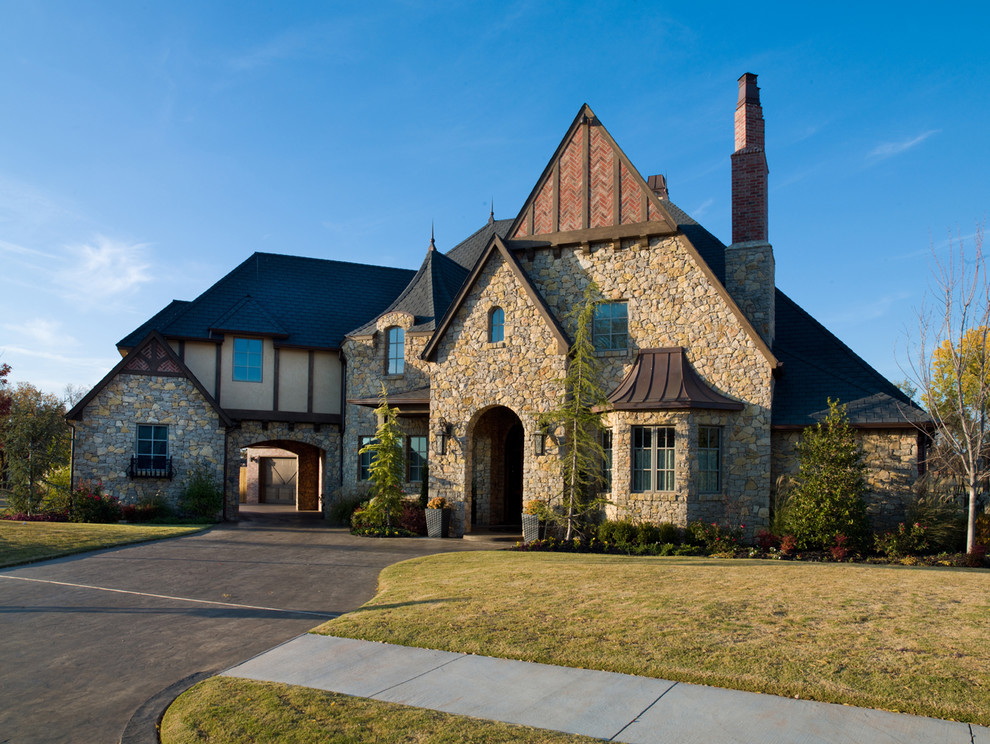 Features of the Tudor style

This can be said to be a democratic version of the Palladian style, which was used in England at the same time in stately residences. The style is serious, sometimes looks even pompous, but also quite simple.

This is the kind of house that London is made up of. Georgian is the urban English style of modern Britain. Georgian style can be seen even with its bold modifications. Most often this style is implied by our compatriots when mentioning the English style. 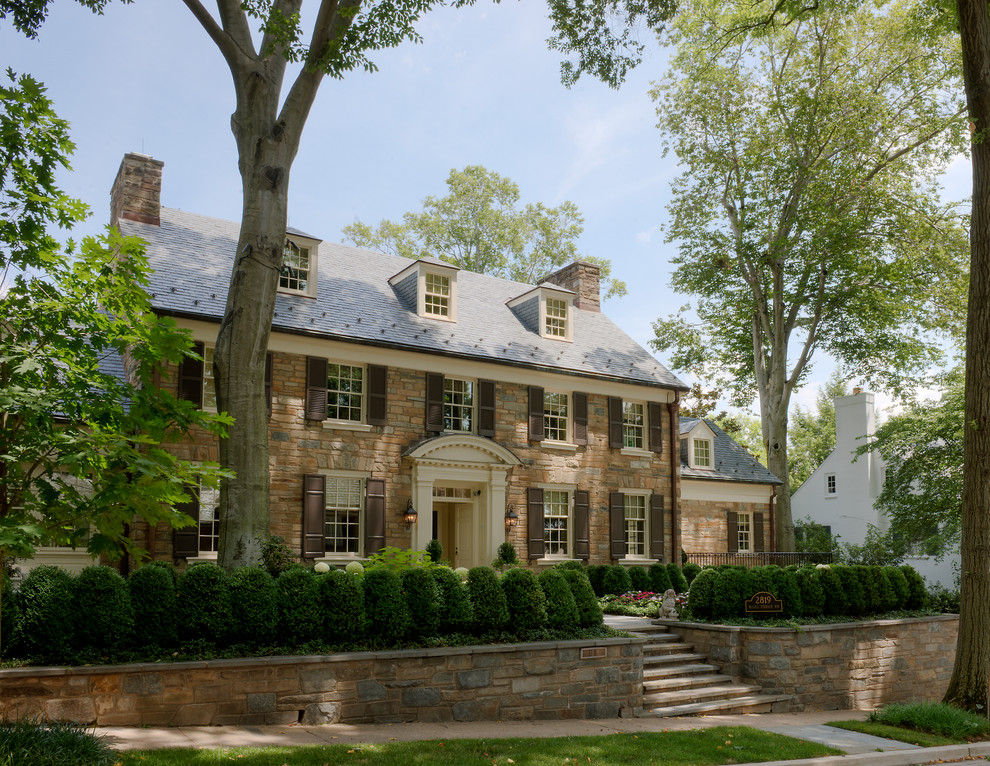 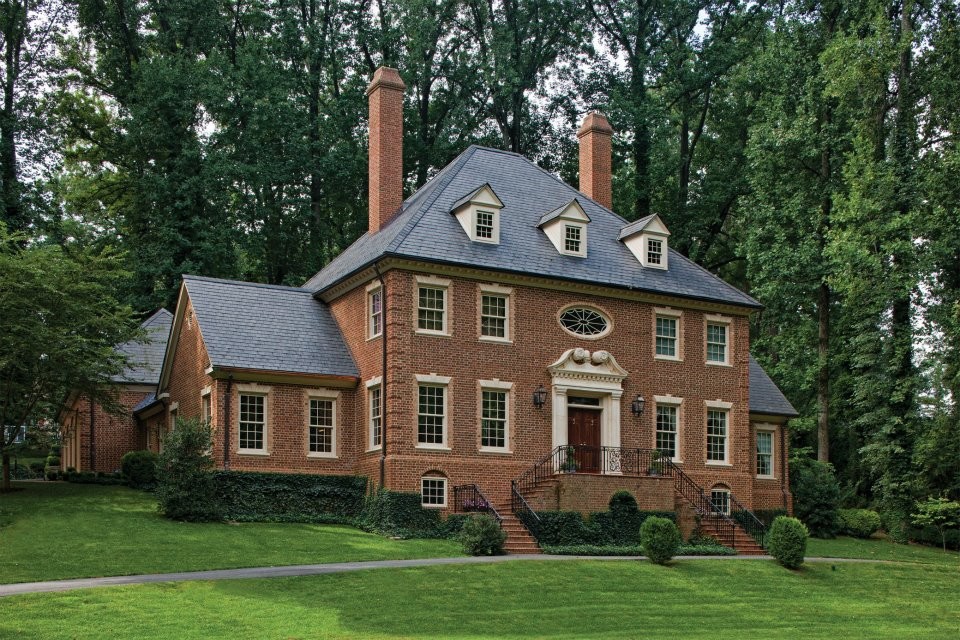 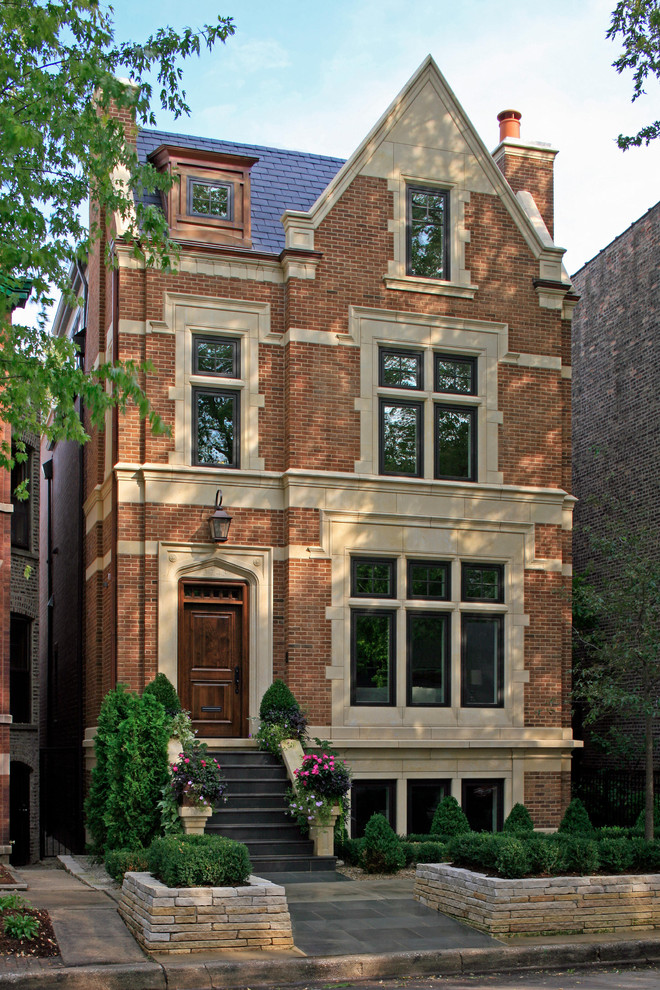 Even if the façade is asymmetrical, in the old urban buildings of London
the Georgian style is still recognizable.

Examples of Georgian houses in our facade database.

Characteristics of the Georgian style

At this time in England, construction was not regulated by the state as, for example, in France, so young English architects eagerly practiced on private houses. Much practice led to free composition. Architects paid attention to the internal convenience of the house and the variety of social roles of the occupants. Less attention was paid to the external appeal of the house, the Palladian and generally Italian order canons began to be superseded in favor of a comfortable layout.

The industrial revolution and mass production of decorative elements made it possible to decorate even relatively poor properties. Hence the general decorative nature of the facades. The most striking style of the Victorian era is the Queen Anne style. 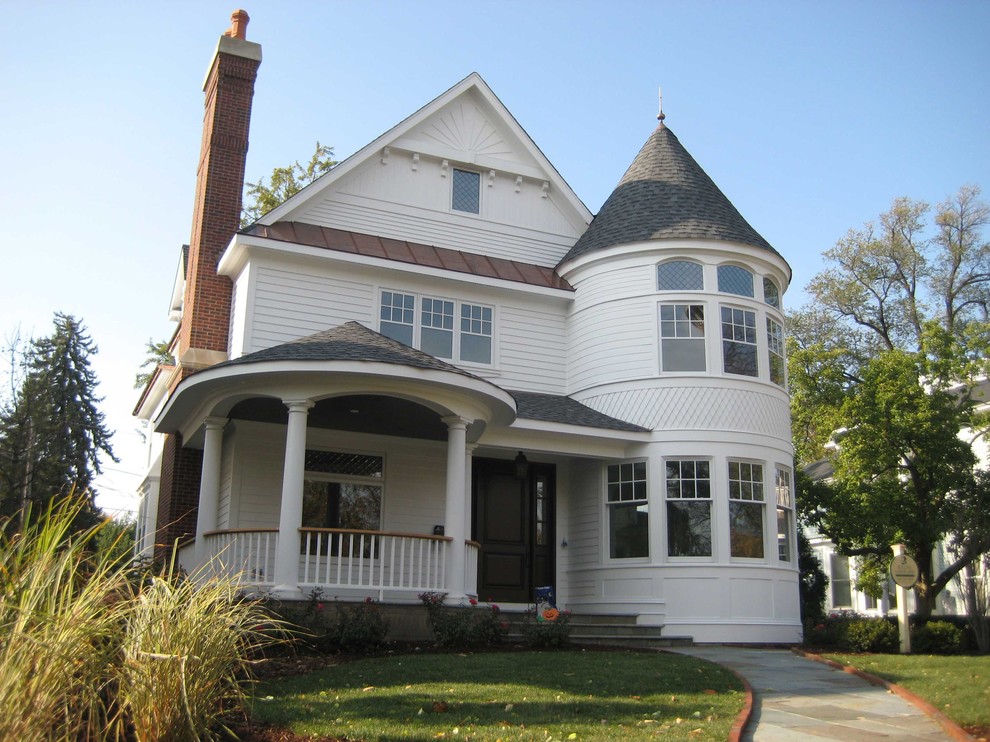 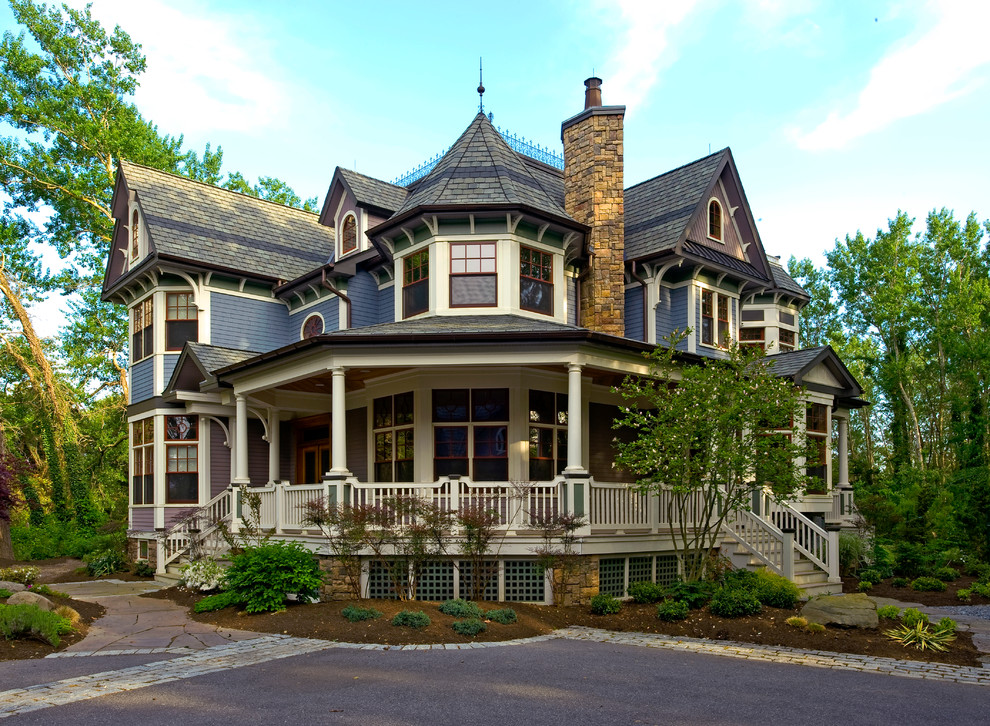 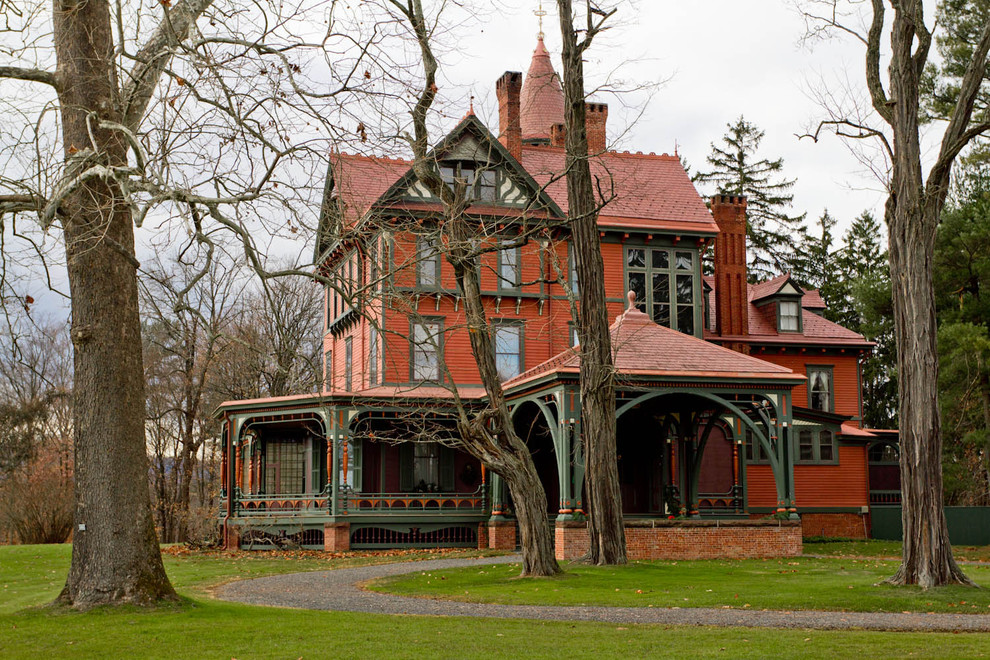 Characteristics of the Victorian style

See examples of Victorian homes in our facade database.

If you know these three English styles, you'll know all of classic English architecture. Except to broaden your cultural horizons next time we'll talk about the Palladian style.

Fake English mansions in RussiaProvencal homes
This article was written by associates of facade design studio.